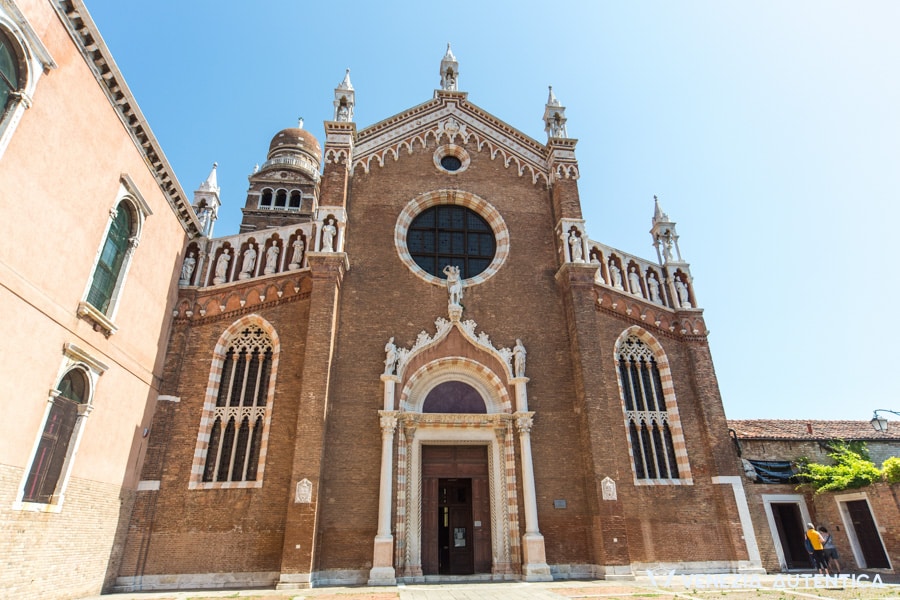 If you’ve been wandering around the district of Cannaregio, chances are that you saw the brickwork facade, pierced by a beautiful portal surmounted by a pointed arch adorned with white statues.
One of these decorations represents St. Christopher, the St Patron of the travelers, for which the church was built in the mid-14th century.
As you read through, the currently popular name of the church ‘Madonna dell’Orto’ does not longer have anything to do with the Saint but rather suggests consecration to Holy Virgin. Why so?

Even if most of the Churches of Venice consecrate Virgin Mary, Venetians do not just arbitrary name a church after her, there is a reason behind this change of name.
A statue of the Madonna, after having been commissioned for the Church of S. Maria Formosa but rejected, had been left to languish in a nearby orchard, ‘Orto’ in Italian. The century following the construction of the monument to St Christopher, the statue of the Virgin Mary, which had become an alleged source of miracles, was brought to the Church and it changed its name to the one that is still in use today. Quite interesting, isn’t it?