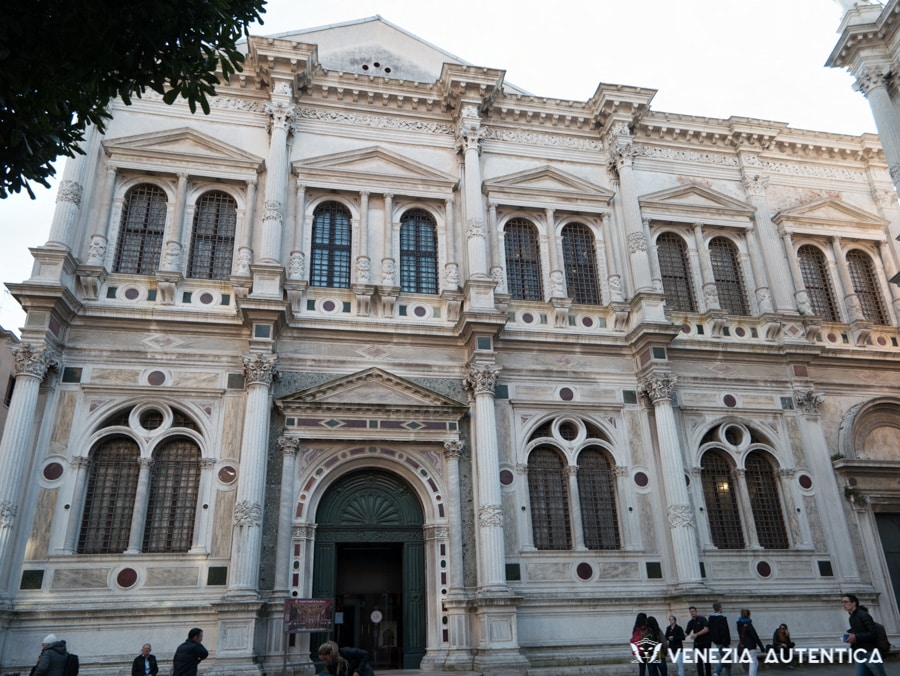 Let us tell you about an interesting story which occurred between the painter Tintoretto and the Scuola Grande di San Rocco in the San Polo district in Venice.

The Scoletta was created in 1478 by a group of wealthy Venetians, next to the church of San Rocco, to house their lay confraternity. In 1517 the board of directors of the School decided to hire the architect Pietro Bon to create a large building for the new headquarters of their rapidly growing association.

After the works were concluded in 1560, this wealthy school decided to have their ceilings decorated by the best Venetian painters. The 22nd of May 1564, the Scuola Grande announced a competition for sketching “Saint Roch in Glory” and gave one month of time for the submission.

Paolo Veronese, Giuseppe Salviati, Federico Zuccari, and Tintoretto all took part in this competition. But… someone didn’t play by the rules!

In less than one month, Tintoretto secretly managed to create, finish and install his masterpiece in the center of the ceiling, without informing the board about his move!

This action provoked an immediate uproar among the clients, who were denied picking and had now a finished painting in their hall.

Tintoretto defended himself by claiming that the only way he was able to draw, was by creating for real not just sketching. Furthermore, Tintoretto offered his creation for free to the School.

The 22nd of June 1564, the board solemnly accepted Tintoretto’s gift… creating a professional and personal bond with the painter which lasted for 30 years, until the death of Tintoretto in 1594.

During that time, Tintoretto created for the Scuola Grande San Rocco over 50 masterpieces, producing the most coherent painting cycle in the whole of Venetian art.

It seems to us that Tintoretto was as great a merchant as he was a great painter… proving once more the Venetian instinct for business.

Support Venice Artisans from homeShop online the best of Made in Venice
+ +
Thanks for the love! Stay updated, follow us:
Follow @veneziaautentica