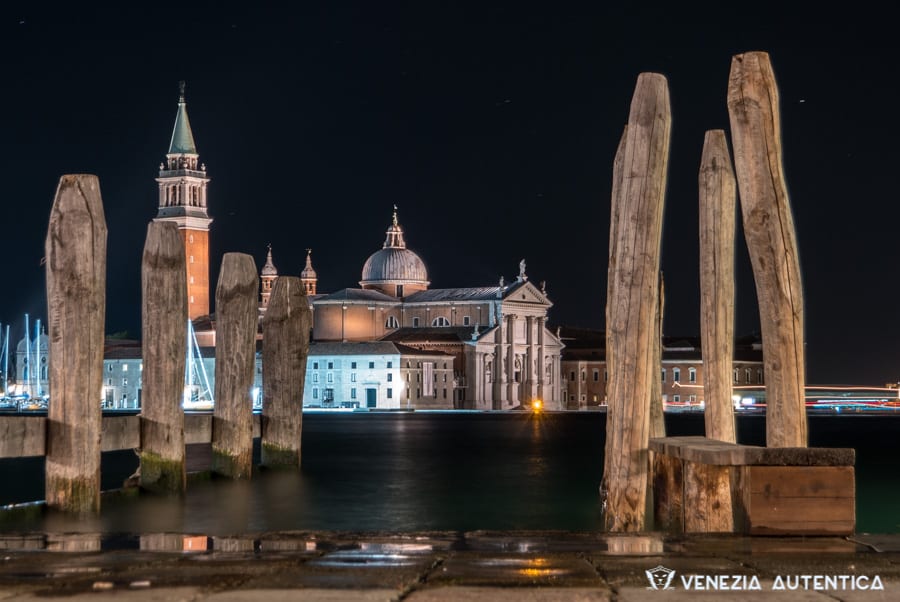 If you dream of seeing Venice from a privileged position, there’s no need to get on a cruise ship! Instead get a water bus at San Zaccaria and get off at San Giorgio. You’ll have the chance to see yet another masterpiece of Venetian architecture and to go on top of the bell tower (ticket cost is 6€) to admire Venice and especially the Saint Mark’s area from a unique perspective.

The first San Giorgio’s church has been existing already since the VIII-IX century.

The church we see now has been designed in the XVI century by the great architect Andrea Palladio who was entrusted with the construction of the new church. The works lasted from 1566 until 1610, 30 years after Palladio’s death.

The bell tower, which is 75m tall, is of a more recent construction: first built in 1457, it collapsed in 1774. The current bell tower was built in 1791 by Benedetto Buratti.