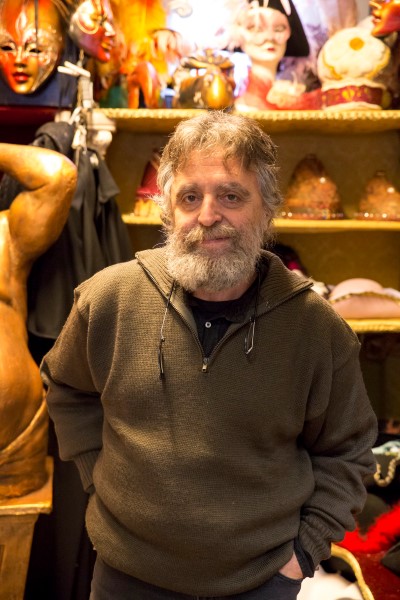 Born in Argentina, Carlos came to Venice for his studies and found himself to witness the re-discovery of the Venetian Carnival in 1979: with a group of friends of his University, Carlos decided to try to create a few masks to have fun… and in 2016 it is still what he loves to be doing for a living.

Ever since he opened the first masks shops in Venice, Carlos creates his masks by hand. Being one of the first mask makers he crafts his creations in the respect of the ancient Venetian techniques, but also enjoys experimenting with different fabrics and making use of leather as well as upcycling materials, crafting both authentic and traditional or original and fancier creations.

Do not ask Carlos to tell you his favorite piece out of all those he created since he started, they belong to the past. In his opinion, the most beautiful creations are those he didn’t craft yet because what lays ahead, the potential of a creative mind and capable hands is the fire that keeps his interest and dedication to this world so alive.

I never liked cars much, so when I first arrived in Venice it immediately felt as the ideal city to me. Nowadays the lack of a car is seen as a handicap, but moving by foot has been the reality of every city until the introduction of cars 100 years ago!

I’m Carlos Brassesco. My name is Carlos because i was born In Argentina.

I came here in the ’80s, well actually at the end on 1979. I’d say that i came to the right place at the right time. The first Carnival was launched again in 1980. A group of friends, mostly met at the Univeristy, and I decided to try and create some masks. Actually, i thought we would create just a few for the Carnival, but one thing led to another, and after the creation of the first masks, the success was so big that it took over me and changed my plans to find a job in a totally different area.

We started off by looking for ideas in the “Commedia dell’Arte”, even though masks here have been part of the Venetian history for centuries because if we count in the Theatres, the times of the black plague, the Carnival itself, which was born here, there is an incredibly rich cultural background about masks, actually even of every single mask

We try to stick to the traditional techniques, but we also do the things our own way… For example, leather masks were used in the theatres, while papier-mache ones for the Carnival So we tried (in the early beginning we were making masks with newspaper… we really tried many papers!) until we found those kind of papers that adapted the best to the making of papier-mache masks. This gave us time to learn and improve our techniques, etc.

Here we craft mainly leather and papier-mache masks but we make use also of new materials or upcycling like these ones for example. Finally also things that are a bit different, that indeed have nothing to do with the history of Venice, but are requested by the market.

At the beginning, it seemed to me like the ideal city, also because i never liked cars much and many other things… Nowadays, you feel handicapped by not having a car while this has always been the case for the entire human history! I rediscovered the human relationships the way it was in every city until the late XIX century. Venice has always been a World city, one of the most open cities in the world therefore if a person comes to Venice and feels well here, it is a city that has so much to offer you

I really lived this second half of the economic boom, and have seen the city emptying itself, the houses turning into Hotels in Lista di Spagna [street close to the train station] there were just 1 or 2 small hotels and now it’s all hotels. The change that took place during those years has been incredible All of a sudden, within 3 or 4 years, everything disappeared because artisans were saying that it was impossible to continue here. Mass tourism had started, the rents were increasing and all the workshops of the many artists that were here once, disappeared. People were fleeing because in other cities the cost of life was half as expensive and here it was getting tougher every day. It is something that has literally destroyed a whole economy.

Maybe it’s not easy to realize that, but it is as if a big factory had to close. Until 10 to 12 years there were hundreds of people crafting masks even if it was just a help, or a job done from home. There was a whole system connected to it that now is probably only a 15% of what it was only 15 years ago.

We like to create unique pieces, if you see our masks and then come back next year, they will be a bit different. When we do a mask it is not with a serial number, we craft the mask as we feel like doing it at that moment, based on our mood, and that gives us a lot of liberty.

Ah well, i am lucky to be travelling a lot and when travelling, and that is the most interesting part about it, your mind opens up.

The most beautiful things are those you haven’t done yet: the most interesting part of this job is the creative part of it. 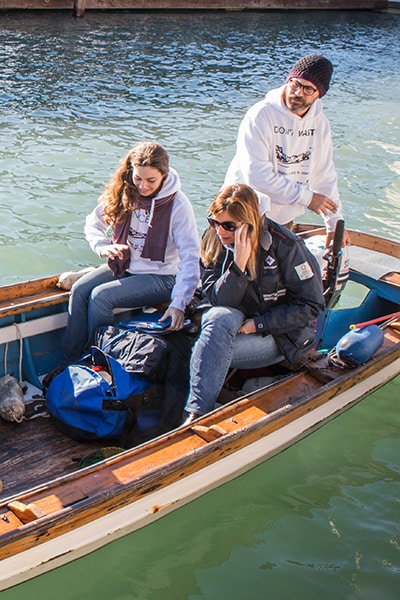 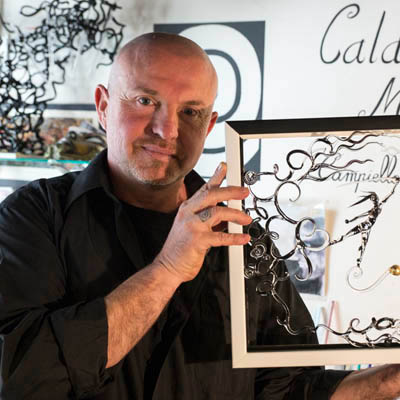 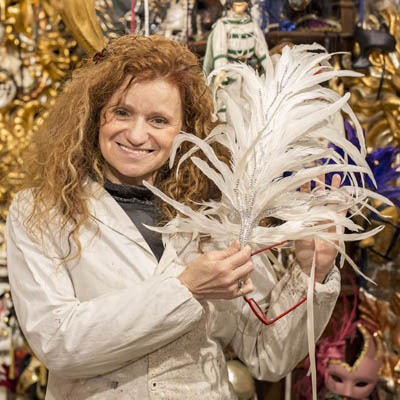 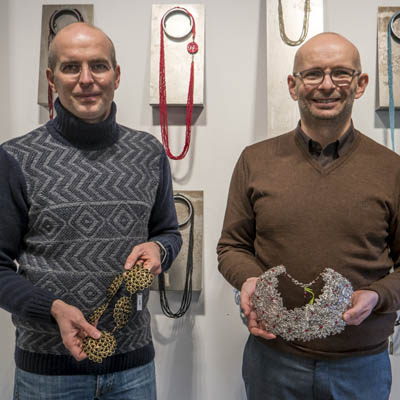 The many facets of Venice by Jon Gerrard [Photo Gallery] 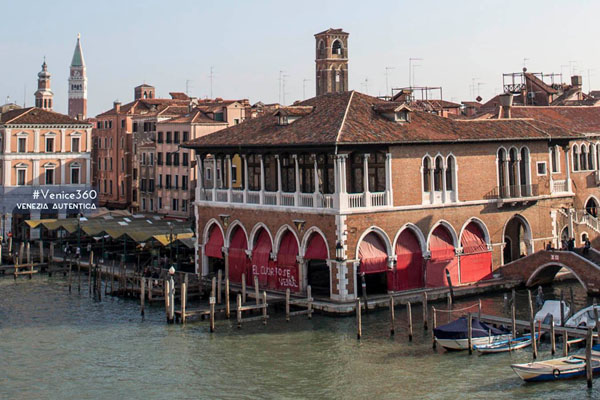 New Years were not always celebrated on the 1st of January in Venice. Here’s why. 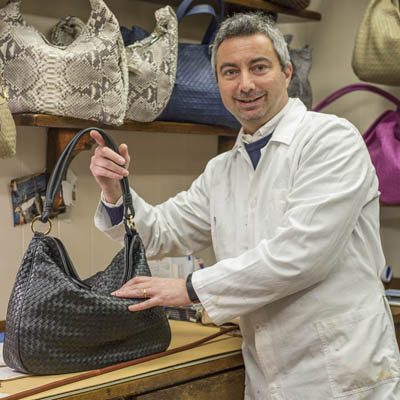 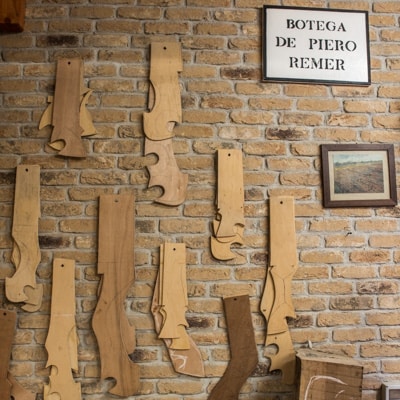 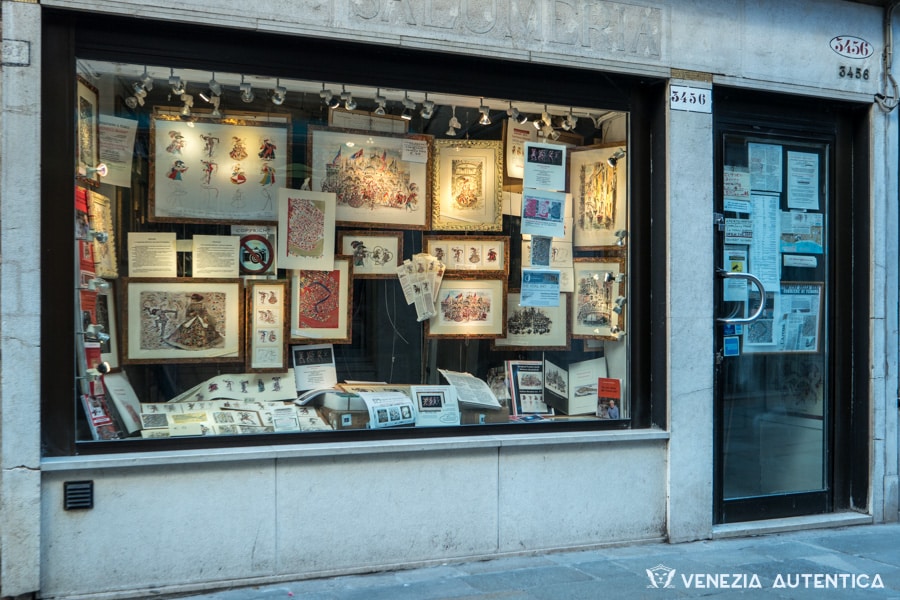