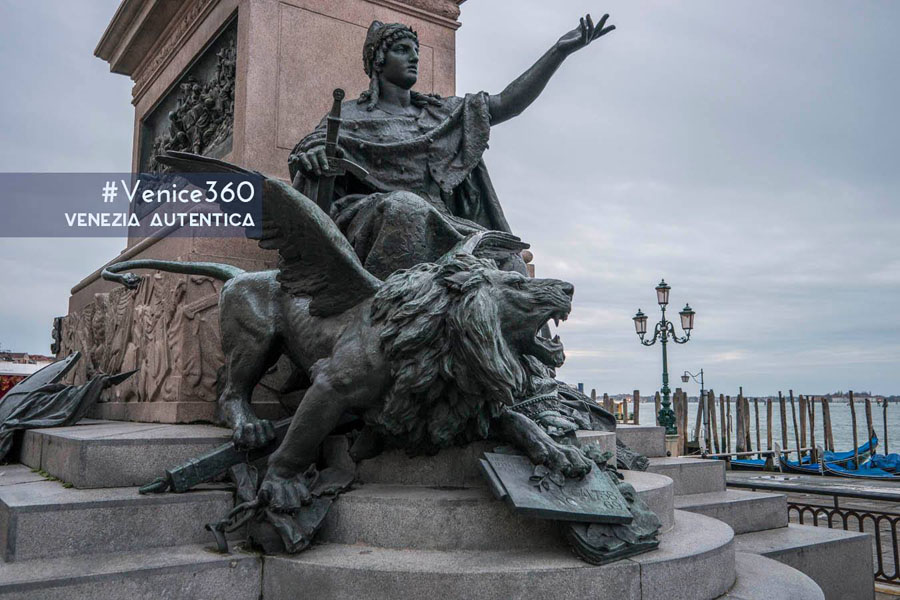 Long before the foundation of Venice, in 421 C.E, according to the legend, the most important pre-Christian god worshipped in the Veneto area, was a woman: Reitia

Reitia was the goddess of Justice, Education, and Culture, celebrated for bringing social fairness, tolerance, and harmony in the society. A model for both women and men, She was the precursor to the representation of Venice as a female.

The common representations of the Republic of Venice portray it as an institution of Justice, harmony, power, progress, loyalty, and grace, qualities which were commonly associated with respected women.

In the history of Venice, women were saluted as an intelligent and creative force. They were welcomed in many aspects of life, going from culture to writing, from painting to music, from finance to education.

Unlike most of their peers, women in Venice had parental authority over their children and the right to nominate their teachers. They also had the right to autonomously make use of their belongings, to donate,  and to freely express their last Will.

When women expressed their last Will, the husband was obliged to leave the room, in order not to put pressure on his wife.

Women could also manage cafes, shops, and companies without the supervision of men.

Nowadays, we take these rights seem as pretty obvious and granted. However, at the times of the Serenissima, this freedom was an incredible exception to the condition of women in Europe. In fact, women all around Europe were given no liberty and were in most cases a mere belonging of men.

In a city of merchants, we could take as a fair indicator of gender equality the number of business ventures lead by women of any social class.

Luckily, the Republic of Venice used to document many aspects of life in Venice and abroad. Therefore, we can easily find detailed information about the work women were pursuing.

Unlike in most places at that time, the presence of women in the Venetian working life and society was exceptionally widespread. Indeed, women were virtually everywhere!

Some chose to work in the fields, others went for the sea. Some women founded cloisters and hospitals, while others founded institutions for people in need and pilgrims. There are information about women working as glass bottles makers, alcohol distillers, glass factory owners, nurses, singers, herbalists, “impiraresse“, “merlettaie“, etc…

The condition of women in Venice was clearly not ideal and was far from that of modern western countries. However, Venetian laws did give Venetian women the chance to express their potential and achieve remarkable results. Proof of this is that some exceptional Venetian women earned fame and respect that is still talked about today!

SEE ALSO  This cathedral in Torcello is a remaining testimony of the first Venice.

Veronica Franco and Caterina Cornaro are probably the most known Venetian women. Veronica Franco was a literary and artistically very gifted courtesan, with a high education, known for her liaisons with the leading notables of her time including the King of France; Caterina Cornaro was the last Queen of Cyprus who was forced to abdicate in favor of the Serenissima.

Yet, Veronica Franco and Caterina Cornaro are far from being the only Venetian women whose life is worth talking about. In fact, many other women contributed to the glory of Venice, and make Venetians of today still very proud! 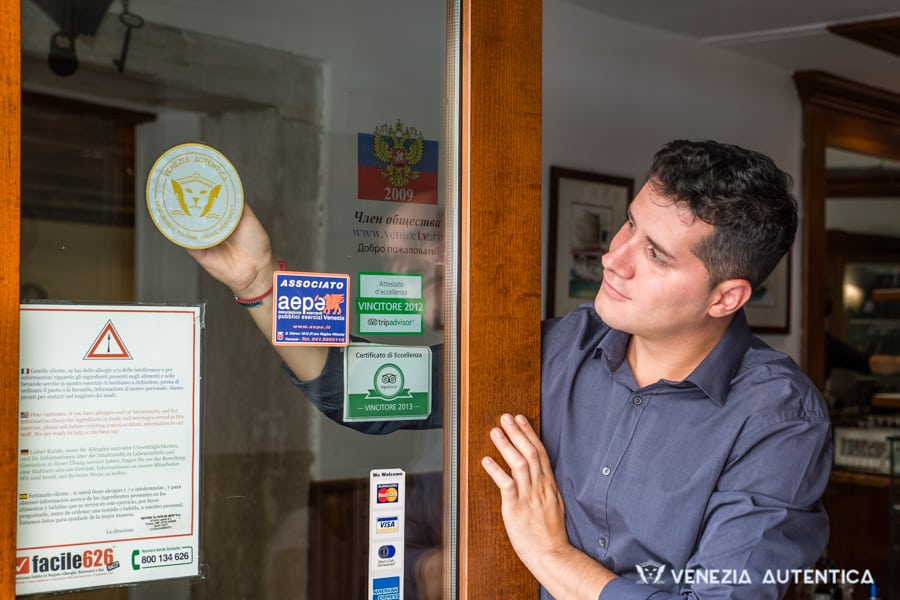 Unlock a discount at the best local businesses in Venice

One of the women Venetians are most proud of is Elena Lucrezia Corner Piscopia, the first woman in the world to ever get a Ph.D. from a University!

Piscopia was born in a noble family on 5 June 1646 in Venice, Italy. By the age of seven, she was already recognized as a prodigy. At 19, she was regarded as the most educated woman in Italy.

She was an incredible polymath who spoke fluently seven languages and had a vast knowledge of theology, philosophy, science, mathematics, astronomy, and grammar.

And no, that’s not where her talents stopped at. Piscopia was also a great musician excelling at playing the violin, the harp, the harpsichord, the clavichord… and, of course, she was also a singer.

Aware of her exceptional talents, her family insisted she studied at the University of Padua. However, despite having all the credits to receiving a degree in theology, the Catholic Church strictly forbade her from receiving it.

The University of Padua was forced to find a compromise and assigned Piscopia a PhD in philosophy instead, making her the first woman in the world to receive a doctorate degree, in 1678. She was 32 years old.

Book an authentic experience in Venice

Despite a relatively small population, the liberty given to women in Venice proved to lead several of them to become known and respected for their remarkable achievements. Here are a few examples:

– Cassandra Fedele, already in the XV century, was offered a professorship in Spain and was renowned for her public debates with the professors of the University of Padova

SEE ALSO  This statue in Rialto, Venice, was thought to have a pen-friend in Rome

– Gaspara Stampa, Poetess of the XVI century, is thought to be the greatest Italian poetess of all times.

– Moderata Fonte, a precursor of feminism. In the XVI century, she objected the common belief of women being inferior and she accused instead of the different education of men and women.

– Lucrezia Marinelli, who was granted higher education by her parents, who also did not pressure her into marriage or entering a convent, defended women rights and value, and is best known for her “La nobiltà et l’eccellenza delle donne co’difetti et mancamenti de gli uomini” (“The nobility and excellence of women, and the defects and lacks of men”) in response to a misogynistic pamphlet, in 1600.

– Arcangela Tarabotti, a Venetian nun, in the XVII century wrote texts and held correspondence with political figures, centering the issues of forced enclosure and bullying.

– Rosalba Carriera, born in a modest family, became famous for her miniatures and got invited to paint the French royal family. Rosalba was then elected, in 1721, a member of the Academy by acclamation.

– Elisabetta Caminer founded the “Giornale Enciclopedico” in 1773. Because of censorship, print shops were refusing to publish Elisabetta’s groundbreaking magazine, therefore she decided to open her own print shop in 1779 and continue printing.

– Maddalena Montalban Comello: took an active part in organizing the Venetian resistance in 1848 against Austria and was arrested in 1863 for her public request of liberation from Austria to Giuseppe Garibaldi .

– Adele Della Vida Levi founded the first Italian Kindergarten in 1859 and promoted public education with no economic or religious discrimination.

–Ida D’Este was arrested during WWII and sent to a concentration camp and tortured for her activity of conspiracy in the CNL, the center of national liberation. After her release, she actively took part in the Italian politics to defend women from abuses.

Last but not least, we would like to mention the legendary rower Maria Boscolo, who won her first Regata Storica as a teenager in 1740 and her last one in 1784, 44 years and 4 children later.

The first public women regatta took place in 1481 and ever since the beginning, women champions were as important, admired and rewarded as their male counterparts, which at that time were real celebrities!

Today, the respect shown towards women rowers is sadly very different. In fact, since the re-introduction in 1977 of the “women” class in the Regata Storica, the most important regatta in Venice, prizes handed out to women in public regattas have a value that is tenfold lower than that of prizes handed out to men.

In our opinion, it is embarrassing and it makes us angry that something like this happens in Venice, a city that once could be proud for the respect it did show to women, in a time in which they were mere belongings of men.

If you liked this article and want to know more about Venice, or would like to find all the resources to plan your next trip to the Serenissima, make sure to check out these links:

Save money in Venice and Support our work. Get your Friends' Pass
Eat & Drink like a local
Shop the best of Made in Venice
Browse our insiders' guide
Hire Venetians Help for your needs!
Book a tour or experience
Learn about Venice & Venetians 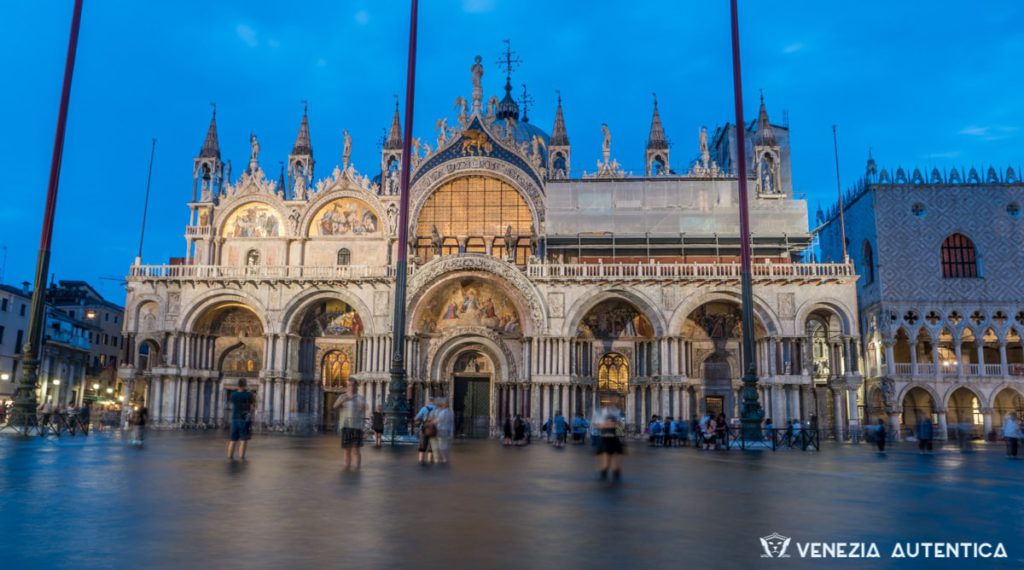 “Acqua alta”: an insider take on floodings in Venice, Italy

Fundraising Serenades in the Canals of Venice

Lagoon and Islands of Venice by Maurizio Rossi 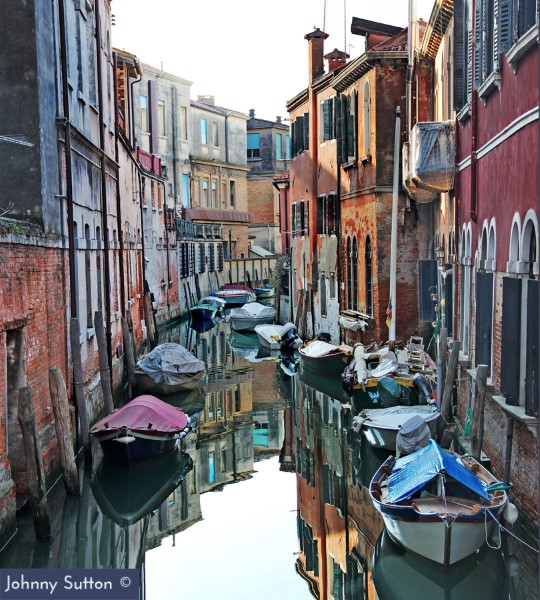