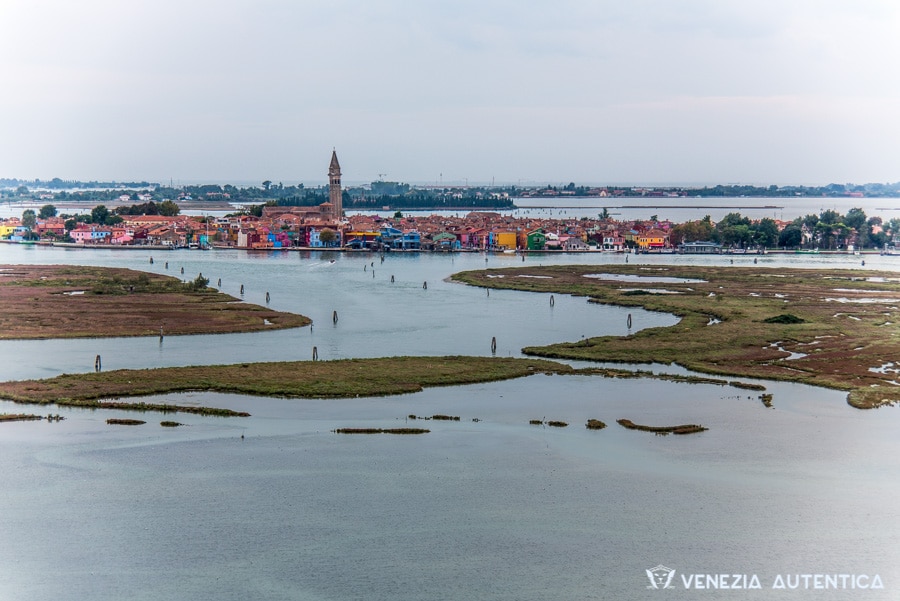 Located on the island of Torcello, north of Venice, this bell tower gives an incredible view over the surrounding Lagoon and gives an idea of the habitat that welcomed the first human settlements in the area 1600 years ago.

Due to the continuous arrivals of people from Altino, fleeing the barbarian invasions, the Eastern Roman Empire ordered the construction of a cathedral in 639. This cathedral, which still exists in its original form since almost 1400 years, is one of the most ancient religious edifices in the Veneto and an example of Venetian-Byzantine architecture. Inside of the church, it is also possible to admire the most antique mosaics of all the Venetian area.

The bell tower was built in the XI century, at a time in which Torcello is thought to have hosted up to 10.000 inhabitants, but was losing its importance in favor of Venice. Nonetheless, the Cathedral of Santa Maria Assunta, kept a great religious importance until 1818.